Global Powers of Retailing, produced by Deloitte, is an annual publication that identifies the world’s 250 largest retailers on the basis of publicly available data. The latest edition, the 22nd, refers to the fiscal year 2017, and the analysis of the various retailers’ performances takes into account all the areas in which they operate.

“The global economy has reached a turning point. The period up until the start of 2018 was characterised by significant growth, but in the near future we can reasonably expect to see a slowdown, in part due to factors such as inflation on the main markets, monetary and fiscal policy adjustments by governments, and the currency depreciation to which most of the emerging countries are exposed,” explains Claudio Bertone, Equity Partner Deloitte and Retail Sector Leader. “For retailers, this will mean a slowdown in spending and an increase in consumer goods prices, but also difficulty in managing global supply chains.”

Eleven operators from our particular sector feature in the ranking, and alongside these we also consider Ikea, given that it is a similar kind of concern. These operators, here shown with their relative positions in the ranking, are the following:

Most of the above operators have gained a few places compared with the previous classification. Home Depot and Lowe’s have each gone up a place, Sherwin has gone up two places, and Bauhaus three. Adeo and the Chilean operator Falabella have each gained an impressive five places, while Ikea and Kingfisher have stayed where they were. Some of the companies have slipped in the ranking, namely the American retailer Menard (which has dropped by 7 places), the Japanese operator Bailsa (-8), and the German concern Tengelmann (-28). The German company Hornbach is a new entry, while Finland’s Kesko Corporation has dropped out of the ranking.

The Top 10 global retailers account for 31.6% of the overall turnover generated by the world’s top 250. Wal-Mart, Costco and The Kroger Co. once again take the top three positions in the ranking. The company that has made the most significant progress is Amazon, whose two-place rise in the ranking, compared with the fiscal year 2016, is an effect of its steady double-digit growth (25.3%), which is even more impressive when compared with the average growth recorded by the other Top 10 operators (+6.1% compared to the previous year).

All the companies in the Top 10 are nevertheless growing at a faster rate than the rest of the ranked companies overall (6.1% versus an overall rate of 5.7%), even though, their margins are slightly down on the previous year, and in this regard they recorded performances below the average for the Top 250.

Germany is home to the largest operators. These companies are worth an average of 24.7 billion dollars, a figure that far exceeds the average (18.1 billion) recorded by the Top 250 as a whole. France, on the other hand, stands out for its strong internationalisation, with French companies being found to operate in, on average, in 29.2 different countries.

“The drive to go global is a particular feature of European retailers, which on average operate in 15.6 countries as opposed to an average of 9.5 countries for the Top 250 as a whole” says Patrizia Arienti, Senior Partner Deloitte and Consumer Industry Sector Leader. “Driven by the need to grow outside of their already mature markets, European retailers are more active abroad and stand out for their global initiative.”

“To succeed in gaining a greater market share in a highly competitive and now very internationalisation-oriented sector, like the retail industry, strategic management of the supply chain is essential. The new so-called disruptive technologies, such as analytics, IoT and robotics, can certainly be extremely helpful in this regard. Choosing to approach the transformation of all supply chain-related processes through an end-to-end digital transformation strategy can help you take advantage of the opportunities offered by the changes now taking place in the retail industry” Bertone remarks.

The situation in Italy: the performances of Italian companies in the Top 250

“In the fiscal year that ended on 30 June 2018, Italian retailers, too, showed a positive overall trend,” says Claudio Bertone, Equity Partner Deloitte and Retail Sector Leader. “All four Italian operators present in the Top 250 global retailers improved their position in the ranking: Coop continues to Italy’s number 1 giant, in 71st place; it is followed by Conad and Esselunga, which took 71rd (+5 places on the FY 2016) and 121st (+10 on the FY 2016) respectively; the fourth is Eurospin, which rose an impressive 19 positions in the ranking to finish at 168th place in the Top 250”. 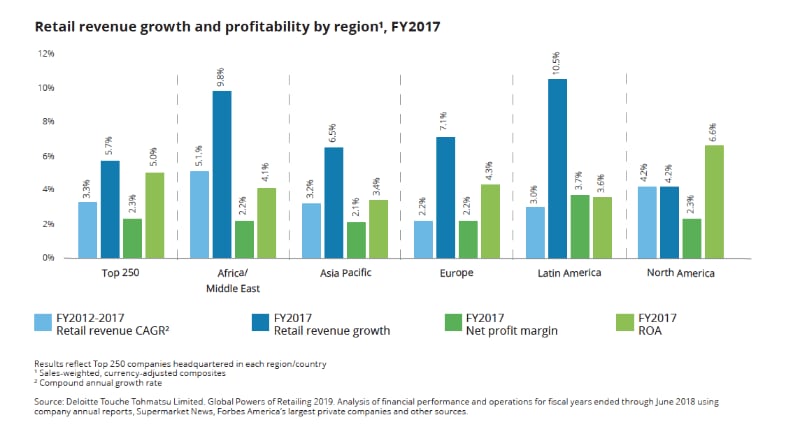 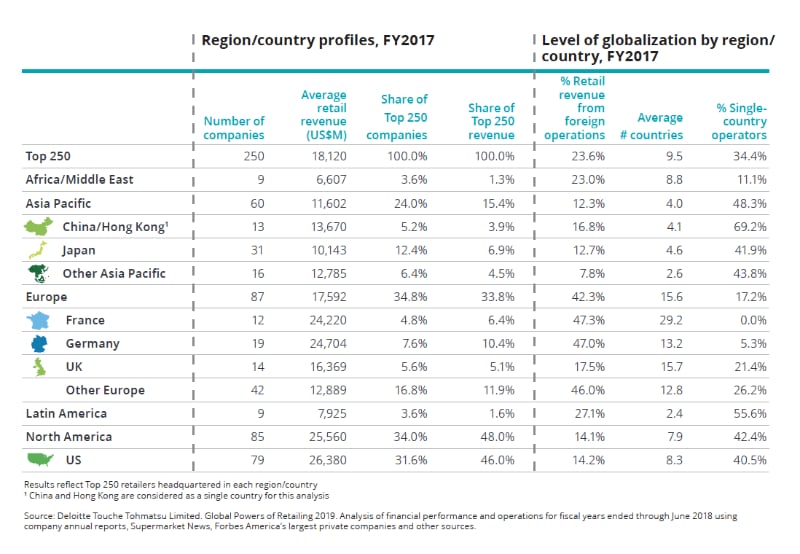 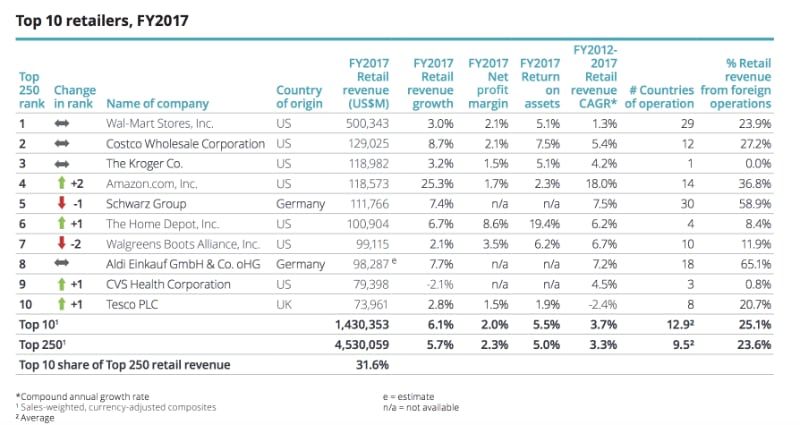 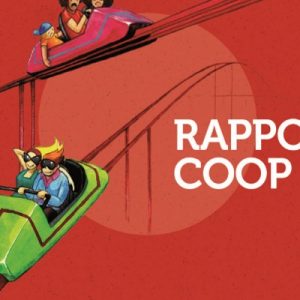 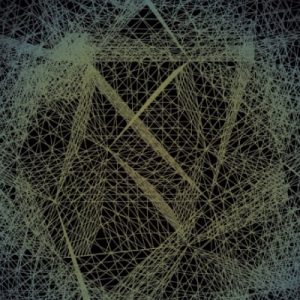 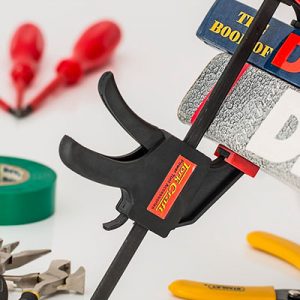 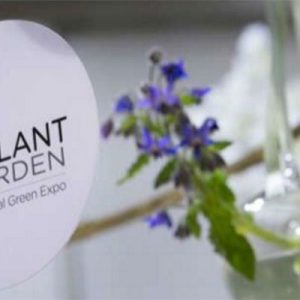